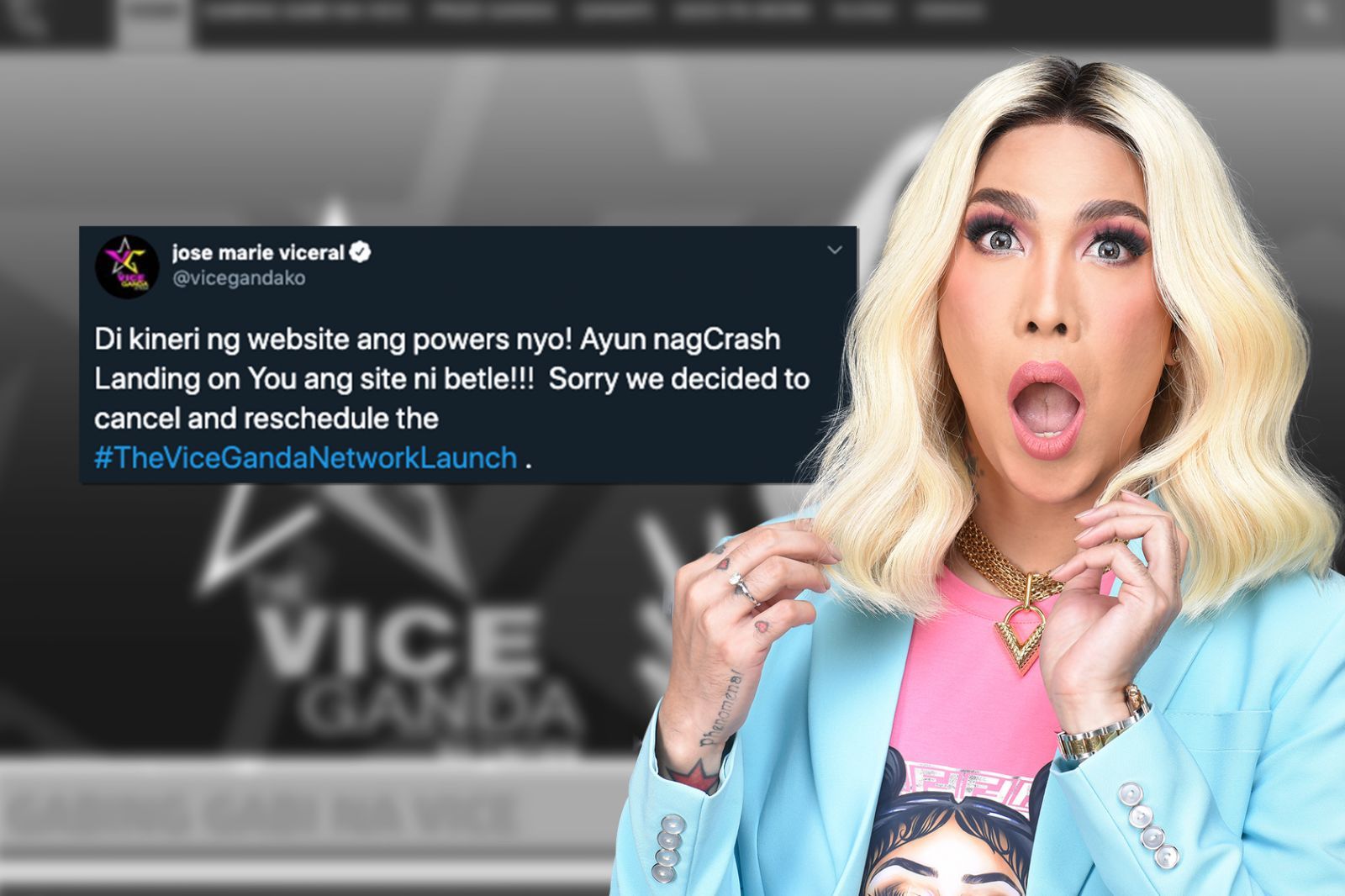 Despite being geared up to spread good vibes to the madlang people, The Vice Ganda Network system crashed last July 24 due to its high volume of registrants who wanted to see and participate in the comedian’s new shows titled ‘Prize Ganda’ and ‘Gabing-Gabi Na Vice.’

In a tweet, Meme Vice announced the decision to postpone the launch in order to accommodate everyone wanting to watch the said shows. Vice also expressed her heartfelt sorry to the fans who supported the site with much anticipation.

As promised, Vice Ganda released the new schedule just a few days after the supposed launch. A registration form has been opened once again for those who were not able to sign up the first time.

The Vice Ganda Network will be giving out unlimited happiness to everyone soon with a whole ton of laughs, unli kulitan, and a total of Php 100,000 to be won! Watch out for PRIZE GANDA on August 14 at 9PM and GABING-GABI NA VICE on August 15 at 10PM.

Haven’t registered yet? You may sign up here: register.viceganda.com.ph.

SHARE
Prev PostDEWY AND FRESH: What you need to know about the NEW Vice Cosmetics BT21 Collection
Next PostVice Ganda’s binge choices